by Defoe Dan
in News, Politics
0

A woman media outlets have identified as the niece of former New Jersey Gov. Chris Christie was arrested over Thanksgiving after she allegedly made a racist accusation on a plane then injured six sheriff’s deputies during apprehension.

Police have confirmed a woman named Shannon Epstein was arrested on Thanksgiving morning after she allegedly caused a “disturbance” by accusing a family she believed to be Latino of smuggling cocaine on a Spirit flight, according to Fox News. That flight was headed to New Jersey, and NOLA.com reports that Epstein was traveling to visit Christie, her uncle.

Epstein “was removed from the flight after causing a disturbance” according to Jefferson County Sheriff’s Office Captain Jason Rivarde in a statement to Fox News.

Rivarde told the outlet that the “disturbance” apparently “included asking a family she believed was Latino if they were smuggling cocaine.” He noted that “When deputies initially made contact with her on the jet bridge, she became extremely combative.”

Chris Christie’s niece was just arrested after causing a disturbance on a Spirit Airlines flight in which she asked a Latino family if they were smuggling cocaine.

She also injured six police officers, including biting one and kicking another in the dick.https://t.co/0mnuQSbBRy

“During her arrest,” Rivarde revealed, “she injured 6 deputies, biting one and kicking another in the groin.”

Apparently, Epstein needed to be “secured in a wheelchair” before police could remove her from the airport and place her into their custody. Fox News reports that she “was arrested and charged with remaining after forbidden, resisting a police officer with force, and multiple counts of battery on a police officer.” She made bond and was released from police custody.

Though Rivarde confirmed the series of events, Fox News notes that he did not confirm Epstein is Christie’s niece.

Mugshots are unavailable, however, Make America Great Again pundits have posted photos that purport to show Epstein to social media.

“Simps will say they can fix her,” Jack Posobiec captioned a photo that allegedly shows Epstein with a cigarette dangling from her lower lip.

Simps will say they can fix her pic.twitter.com/0jXX0f21pH

Though once considered an ally of 45th President Donald Trump, in recent years Christie has emerged as a fierce critic of the former president and his vision for the country.

Trump recently acknowledged this minor feud by posting an unflattering photo that seemed to show Christie in a buffet line. 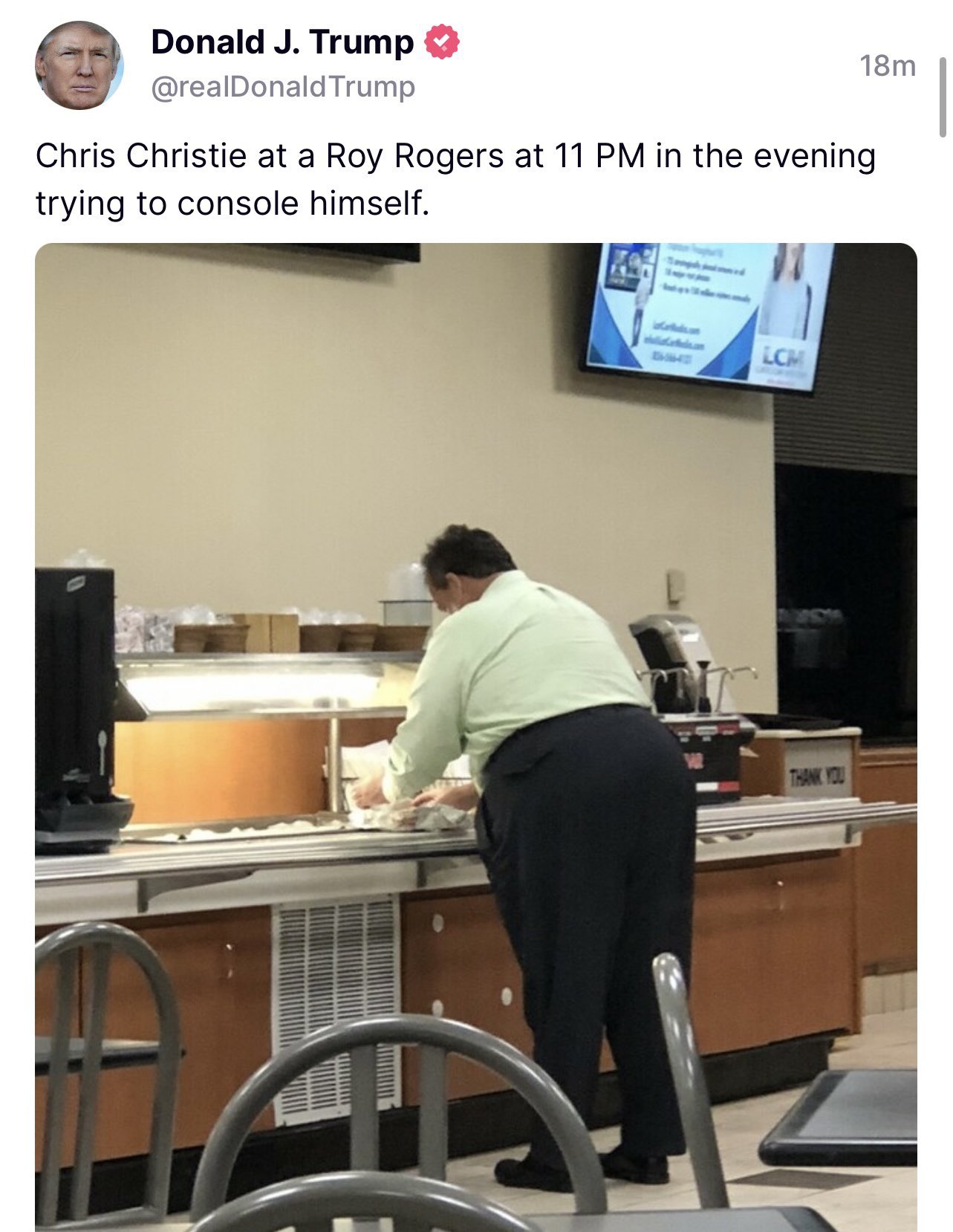 Tulsi Gabbard Completely Disavows the WEF: “I’ve Had NOTHING To Do With Them!”

BREAKING: AOC is under a House Ethics Investigation

BREAKING: AOC is under a House Ethics Investigation

© 2022 Truth Conservative -is a division of the Media Research Center, seeks to bring you the news the leftist media won’t cover.